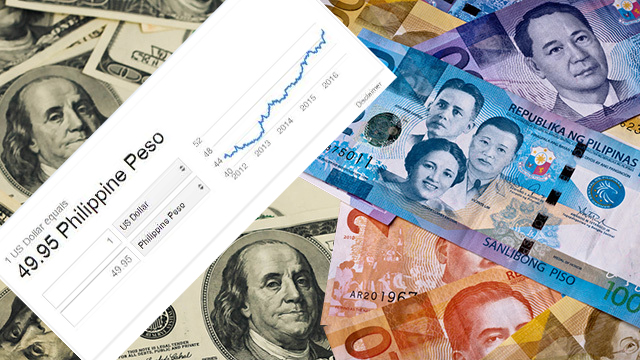 THE US DOLLAR vs. PH PESO BIGGEST RISE IN NEARLY A DECADE

The American Press Service and US Futurists predicted earlier this year, the US Dollar (USD) would hit an all time high gain on the Philippines Peso (PHP). As of this morning, the USD is at nearly 50 to 1 just in time for the holiday’s, has Filipino OFW’s and Balikbayans, as well as American micro-investors scampering to buy, buy, buy! That is a nearly 10 peso per 1 USD gain just for the transfer.

Futurist actually expect for the USD to hit nearly P55 to $1 just after New Years Eve as we enter into the 2017 1st ans 2nd Quarters. This would have happened earlier -The American Press Service Futurists believe- if it were not for the drop in the USD due to the skepticism of the global markets due to the controversial Trump US Presidential Election win. To be fair, the USD is also up, against the EURO, unquestionably post BREXIT.

However, the Philippines Peso has continued to declined since the new PH President Duterte has ignited ‘the cleansing’, murders on the streets, as well as, expressed his disdain for America; his criticism of US President Obama and the former (recently) US Ambassador in the Philippines and his seemingly tight alliances with China and Russia which has weakened the Philippines military defenses. Billions of pesos have been withdrawn and/or put on hold buy American and other foreign big and micro-investors.