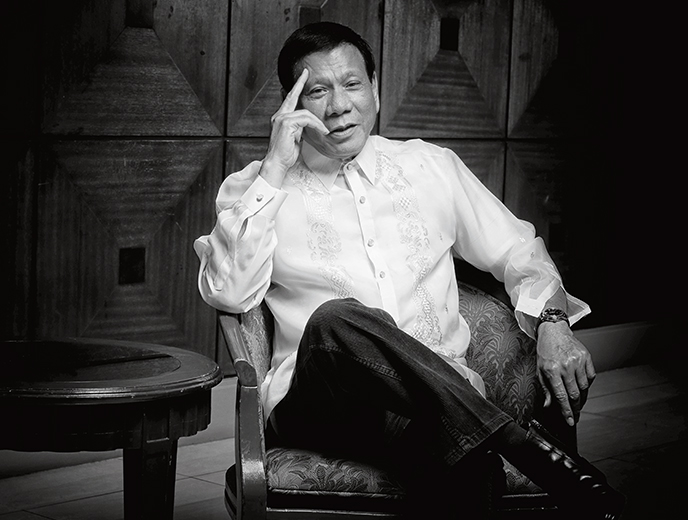 “There will be NO CORRUPTION…
…I AM HELL-BENT ON STOPPING CORRUPTION.”

The American Press Service (T.A.P.S.) and KA&CO America; The US Publishers and Producers of The Philippines Magazine International Series of internationally distributed, complimentary, lifestyle magazines (PH MAG); which includes: Philippines INK (PH INK), Achieve Success Student Lifestyle Magazine, PH: CIO, Boracay Elite Lifestyle, LIVE! ON THE SET–along with other US Media- were invited by former Philippines President Aquino III to visit, see, experience and promote the Philippines in 2012 in an effort to abolish the negative global press surrounding the [then] corruption and killing of members of The PH National Press.  Now extended, the ‘Warm Welcome’ was pushed again by current President Rody Duterte and Senator, Alan Peter Cayetano.

“Critics…please come here [to the Philippine Islands].  Don’t just read the reports because there are people out to discredit him [President Duterte].”

The findings by the American publishers and producers were independent, unsolicited, undercover, un-apologetic, eye-opening, astonishing, full-immersion and ultimately gained the Philippines some 1 million worldwide viewers, of 100,000 pages and over 10,000 hours of positive press by T.A.P.S and the PH MAG US Publishers alone.

During the nearly 5-years, 100+ undercover tours in the Philippines, to get the real-life, no propaganda, true-Philippines lifestyle stories, they talked to more than 500 expats, foreign diplomats, investors and entrepreneurs, another 1,000 Filipino-based entrepreneurs, professionals and business owners, plus-interviewed and showcased 500 US-based professional, TNT (illegal alien) and US-based business-owner Filipinos.

In addition, they immersed themselves in the Philippines philanthropic communities, served over 2,500 meals to poor Filipino children and their families, they lived (not merely visited) in Philippines provinces, shanties, barangays, as well as, among the affluent, celebrity, were entertained by US Ambassador Harry Thomas in the US Embassy Residence and by Philippines politicians the like.

Ultimately;in 5-years,though while undercover the US Media Publishers did have to pay extra to taxi drivers, their cell phones, petty cash and passports were stolen from a backpack they left un-attended at a birthday party in the shanties and faced a scrupulous court battle; which was later (without any pay-offs or special treatment) justly thrown out of the courts in favor of our publishers, the Filipino people were tried, tested and stayed true to their ‘most-hospitable’ nation title.

In another undercover test of the Philippines Tourism &Travel Industry, they left their passports with one popular Makati City Travel Agency for a year while on provincial lifestyle, tours in the Cebu, Boracay, Bohol and Palawan Island Provinces.  Surprisingly when they returned, the agency was closed.  But, was then contacted and returned the passport(s) partially stamped and updated.

However, at another [second] agency, they were not so lucky.  The agency owner who claimed to possess family within PH politics and immigration, did take the passport(s), promise to ‘take care of them with immigration’ for an upfront fee.  Then, closed their offices in Quezon City and stole the passports –along with others.

Undercover, after contacting the then, US Ambassador Harry Thomas directly, Thomas referred Foreign Affairs, who searched for the travel agent as well, with no avail.It was expressed by the US Embassy Manila, this was sadly, a seemingly common issue with foreigners in the Philippines, it was believed by T.A.P.S. and PH MAG that some 50 other passports were taken or stolen by this agency.

When PH MAG Philippines-legal counsel visited the immigration office in Manila, as a back-checking procedure, he was able to verify that the travel agent did have connections inside and a record was on file.  The agency owner was later followed and confronted in Quezon City in a local mall, she assured T.A.P.S. that she had merely had “…family problems and would call us shortly to return the passports and the deposit money.” She was never found again.

The good news for more than 1 million expats and foreign nationals is that, the Philippines new Duterte Administration intends to fix all of that.

President Rody Duterte, has cracked down –hard- on government officials and the offices they oversee: processing times, full-service immigration offices and has both a Western-style public service or emergency (911) and corruption hotline –along with a dozen others rolling out soon.

Though not an amnesty, some 1 million undocumented foreign residents and investors are set at ease, encouraged and welcomed to fix their status, settle fines and remain in the country without fear of extortion and deportation.  (For more information and private consultation and service foreigners may contact Publisher@ThePhilippinesMagazine.com).

“If the offense is purely on the basis of visa status or overstaying, we [The Bureau of Immigration] will find means to help you. But, you have to voluntarily come out in the open…The Bureau does not really prefer deportation. We only want you to comply with the immigration laws,”

For the nearly 1.5 million foreigners living in the Philippine Islands; the number reported by Philippines Bureau of Immigration (BI) Commissioner Siegfred Mison, the largest fear in every foreign nationals mind is immigration corruption.

The ‘Special Law’ is known to be misused for extortion purposes thousands of times and have given the Philippines immigration a negative-image throughout the world.

In the Philippines millions and millions of tourist from all around the world tell stories of paradise, love, tourism, fun, great food and ‘the dream’ lifestyle.  However, for lifestyle seekers, investors and spouses, stories of false imprisonment, extortion, family crisis, kidnapping, blackmail and in some cases death are always around.

“The reason our Filipinos OFW’s are not treated well around the world is because we don’t treat foreigners well in our own country.”

There is however, an excitedly positive buzz within the expat, internationals and global investor communities around the new Duterte Administration.

Within the new administration, whether they like it or not, the world has seen a swift and righteous flip in the Philippines.  Duterte sees the damage that corruption inherently places on the Philippines national economy, world image and Filipino Pride at-large.

With some 1 million foreigners avoiding the immigration office and its officials for fear of entrapment, the government is losing trillions of pesos in deferred fees; as well as, lost opportunities to attract more foreign residents as the sad stories proliferate around the world.

Duterte’s Murderous War On Drugs & Corruption in the Philippines, has attracted worldwide criticism, and sparked fear throughout the Philippines; from pushers and addicts within the poorest shanty communities, to top politicians and celebrities alike.

Duterte’s follow-through on his promises has instilled both pride and confidence.  Foreigners all around the Philippines are now coming out of the shadows and looking forward to becoming legitimate Philippine-residents

without fear of the on-the-spot and subsequent years of shakedowns by government, locals and other corrupt people who have made their livelihoods from the extortion of foreigners who love the Philippines, perhaps have families here, investments and will do anything to stay here.

The initial massive increase in fees paid to The Philippines Government is a significant, however, short-sighted opportunity and has blinded political leaders in the past.

US Futurists, applaud the ultimate goal of The Duterte Administration:  it is rightly placed within the long-term revenues the Philippines will enjoy as 1.5 million foreign-residents in the country become stable, secure and productive investors into the Philippines economy.

For example, though the real estate market is booming in the Philippines and has been for decades, US Futurists predict a secondary boom will take place as up to 1.5 million (in most cases Peso Millionaires) feel confident to purchase their first condo, home, house and lot, and/or invest in a small local businesses.  Not to mention the trillions of pesos these foreign-residents spend with local businesses, their domestic staffers, maids, drivers, entertainment and lifestyle.

“The Bureau does not really prefer deportation.”

To debunk critics, test Duterte’s Promise and get the real-inside story which affects nearly 1 million Americans and other foreigners living illegally in the Philippines, we will go undercover -again.

This time, asa real-illegal alien in the Philippines.  Like hundreds of thousands of foreigners living in the shadows of the Philippines, our situation is bleak and as real as possible; perhaps even worse than many illegal aliens.

Our undercover, has had their US Passport stolen, they are well-past the over-stay threshold, and they have limited cash, limited Tagalog to speak and are at the mercy of President Duterte’s New Anti-Discrimination Immigration Reform.

We will shed light on the dilemma of over 1 million foreigners in the Philippines and another million around the world looking for insights into the safety and security of The New Philippines under The Duterte Administration.

See Change Is Here!  “There will be NO CORRUPTION…

…I AM HELL-BEND ON STOPPING CORRUPTION.”  -DUTERTE