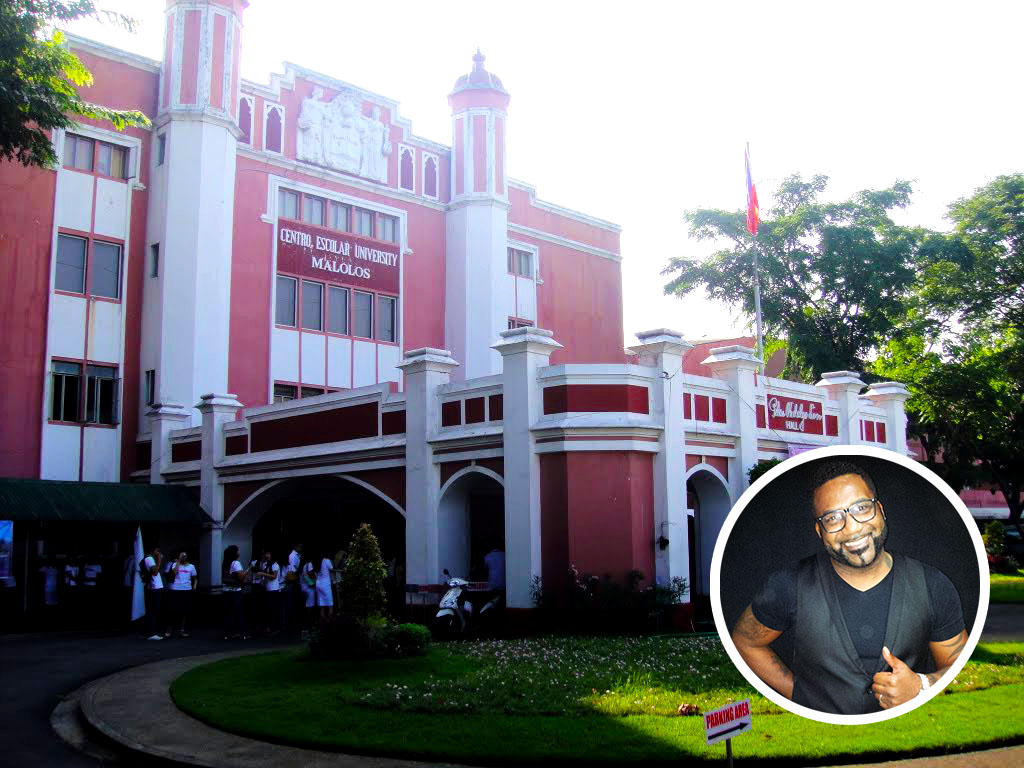 The Career Quest is an amazing ‘Meet & Greet’ opportunity for Philippines Youth to network with and be showcased tovlocal and international business owners, corporate and small-business recruiters, view entrepreneurial opportunities and franchises in their quest for post-graduate success.

2017 Philippines Career Quest is on MARCH 8th, starting at 9AM with Kareem Jackson and is hosted by Centro Escolar University(CEU) in Malolos City, Bulacan, one of the Philippines most progressive higher-learning institutions.

This year, CEU has added a global-centric twist to the event. CEU initially postponed the event, and then subsequently, announced that they had secured multi-award winning, American serial-entrepreneur, magazine publisher, radio and TV host Kareem Jackson.

Jackson will be the CEU Motivational Resource Speaker for their “Transcending Escolarian Boundaries” Commencement Kick-Off Address to the more than 500 students, varsity, alumni, entrepreneurs, deans, and faculty expected to attend the live Centrodome event.

CEU is consistently, one of the Philippines most-innovative higher-learning institutions and has produced some of the country’s top IT professionals and CIO’s, CEO’s, Mass-Comm and Journalism professionals, medical specialists, celebrities, athletes and politicians alike.

As the kick-off to their venture into both the Senior High School and International Student arenas, CEU will be one of the first institutions in their area to offer students real-life, true-international inspirational speakers and imported insights.
Once again, known for their innovation, CEU took the industry lead, stepped outside-the-box and booked one of the first black American motivational speakers ever to speak in Bulacan, Philippines.

Kareem Jackson, is a multi-award winning, American, serial-entrepreneur, he has received a US Government Resolution for his contributions to minority America, Ingram’s Masterpiece Award for publishing, he is the CEO of his own international business development group KA&CO America and is the US Executive Publisher of The Philippines Magazine International.

Kareem Jackson is a popular and inspiring personality in the Philippines. Beginning around 2011 after receiving an open invitation from PH former President Aquino III; Kareem Jackson has gone on more than 100 real-life, undercover, Philippines, immersion tours from the Shangri La, to remote provinces, to the shanty’s.

Jackson, is the first black American Philippines lifestyle show host and he has published more than 1,000 articles, features, press releases, magazines, radio and TV segments promoting an ‘optimistic view’ of the Philippines.

CEU sought out Mr. Jackson, in hopes bestow their 2017 graduates with a unique, global-centric and empowering experience: an experience which would again, set CEU apart from other institutions.

In an interview with The American Press Service (T.A.P.S.), Kareem Jackson expressed that is was “perfect timing”, as he is currently back in the Philippines for his Success Seminar Series, and promoting their next limited special edition magazines; Boracay Elite Lifestyle, Philippines INK, PH: CIO and Achieve Success Student Lifestyle Magazine. All complimentary publications distributed in-print, on-line, digitally and at student lifestyle events.(see www.PHMAGOn-Line.com)

“The Youth are the future: Future employees…future business owners, models, athletes, celebrities, millionaires and billionaires. We must support them and showcase their talents to the world of opportunities which are waiting for the ‘out there’ in the real-world. We must do our part, to inspire and empower them to be all they can be. And then, we all win!Ultimately, I will be at CEU to bridge the gap between their school life and real world success.” -Kareem Jackson