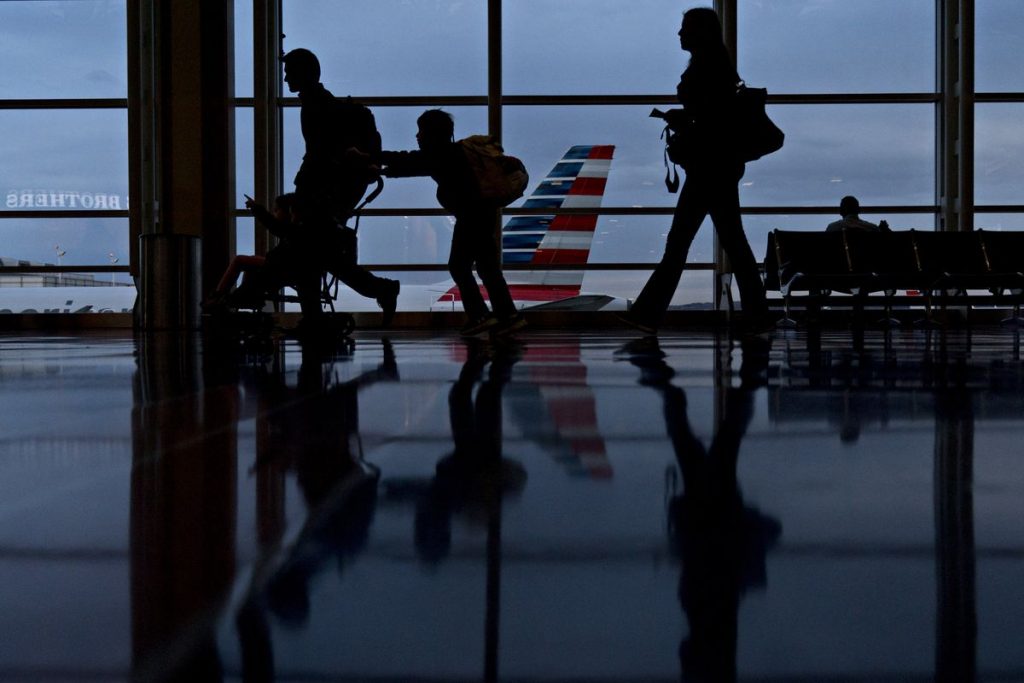 “…we have no desire to be associated with separating families, or worse, to profit from it.” -American Airlines

“…we have contacted federal officials to inform them that they should not transport immigrant children on United aircraft who have been separated from their parents. Our company’s shared purpose is to connect people and unite the world.” –United Airlines CEO, Oscar Munoz

“…we will not knowingly allow our flights to be used to transport migrant children away from their families.” –Frontier Airlines

Major airlines in the US boycott the US Federal Government and refuse to transport; and therefore, profit from US President Trump’s kidnapped kids, who have been taken into custody.

Americans are in an uproar over the Trump Policy to criminalize all immigrants (from Mexico) to be charged with a crime and subsequently arrested at the US border for trying to improve their lives by crossing to the ‘…land of the free…’and therefore having their children ripped from them and seized by the US Government.

More than 2,000 children; from toddlers to teenagers, have been taken by the US Government over the past few months. Beginning when Trump decided to prosecute immigrants (largely from Mexico) seeking to gain asylum in the United States, and/or who have attempted to cross illegally.

Though today, Trump signed yet another Presidential Order ceasing his former order to take children from their parents. In the process of taking these legally-kidnapped children through the US Prosecution System; much as blacks in America have been done throughout history, the US Federal Government Agencies have used commercial airlines as transportation. This possibly, making these private companies used to fly, land transport, seize and harbor these children, co-conspirators in this kidnapping should President Trump be impeached, criminally charged or reprimanded by the United Nation for his actions. American citizens have contributed nearly $20 million to defending these immigrant families and thousands of Americans are looking to volunteer their time to the effort.

In America today, the protest have already begun. Unlike in the early 1900’s and into the 1960’s; when the issue was the Negros and their families, today Americans have a much more improved social consciousness. American’s at-large refuse to be associated with any form of racism –even when it’s disguised as immigration.

The major US airlines are issuing boycott-type statements to the public, the media and the US Federal Government in one of the largest boycotts in US history.

NEWS FLASH: On 21 June 2018; Mexico won and President Trump has signed a revoking Executive Order ending the separation of families at the US border. However, the more than 2,000 children have no system to be tracked nor to reunite them with their families. These children are still being held by Trumps HHS Secretary, Mr. Alex Azar and the US Federal Government until he receives funding for his wall. –T.AP.S. The American Press Service