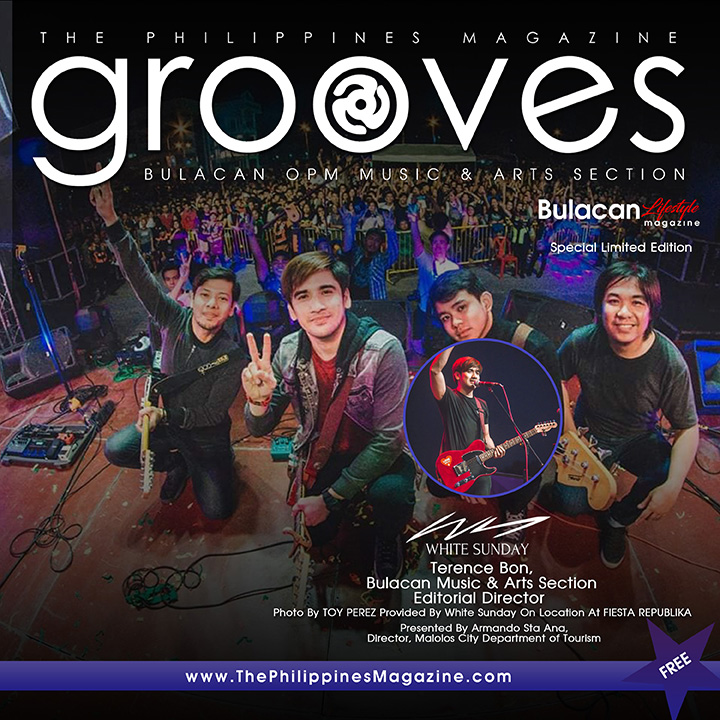 “We must make a statement.  We must unite …synergize our efforts and promote our arts community at-large.

There is power in numbers.”

Malolos City, Bulacan, in the Philippines has a new, young and aggressive Mayor.  Mayor Bebong Gatchalian, has hit the ground running with his progressive agenda.  Addressing everything traffic issues, flooding, the new airport, the new train, to the rubust, booming Malolos economy and The Arts.

The Mayors Office, in collaboration with The Malolos City Department Of Tourism and US Media have joined to revive the Bulacan Lifestyle Magazine endeavor which slowed during the recent election season.  Additionally, Malolos DOT Director, Armando Sta Ana invited the US Media; Kareem Jackson, US Executive Publisher of The Philippines Magazine International, to a synergy meeting with local artists, tourism representatives and community leaders to sit down and plan the first annual Malolos City arts festival and camp, Bayanihan sa Sining.

As the first and only US Media invited by the province to promote their lifestyle, as well as, being a popular media personality with massive insights and access in the Bulacan province, TAPS met with Kareem Jackson in his Bulacan studio to understand more about the cities arts initiative and the goals of the Malolos DOT and Mayor’s Office.

In contrast to the 2,000 number believed to represent them, we [The American Press Service (TAPS)] estimates there to be more than 20,000 artists in Malolos City alone, and then an increasing amount throughout the greater Bulacan area.  We also believe, they [The Greater Bulacan Artist Community] are the second largest community of artists in the country –second only to Manila.

What is your take on The Artists Community in Bulacan?

“Yes, there are more than 20,000 artists here, based from our research and lifestyle data.  We intend to document and showcase that fact.  And give them due credit.  However, artist who may be in Manila; like our Bulacan Lifestyle Magazine GROOVES OPM Music & Arts Cover Band, White Sunday with Terance Bon…they may also be from Bulacan, and other provinces around the country.

Artists, land in Manila because that’s where the money is.  But, in Bulacan, especially Malolos, artists thrive and never have to leave their hometown.  And now, with new initiatives by the brand new, Malolos City Mayor Bebong, Bulacan is starting to be both a haven and hot spot for artists to live, work and thrive.  Today, the tables are turning…Manila artists, are popping up in town, with gigs and top clients from Bulacan now.”

TAPS:
Bulacan, is a historical area of the Philippines, known for its education, beauty, and creatives.  In addition, Bulacan is the provincial home of many celebrities, politicians, writers, and artists from every genre.  The new Mayor of Malolos, intends to put the province back on the map, in regards to the national arts community.

Can he do it…what is your opinion of the ‘artistic-ness’ of Bulacan, specifically Malolos City?

You can see it everywhere, from the ornate concrete designs on the walls of local resorts and homes, the local-made religious statues and tributes, to the Kneeling Carabow Festival; where they decorate the carabow, then have the beautiful creature bow and give homage to The Lord.  The amazing decor and fashions in all of their festivals.   Throughout history, many of the celebrities, politicians and great writers have come out of Bulacan –it’s just not talked about.”

Can you tell us about the event, what does it mean, and how can local artists support, join and be recognized?

“It’s the brainchild of Malolos City Mayor Bebong, with Malolos City Department Of Tourism Director, Armando Sta Ana, we are media partners and will debut our new Bulacan Lifestyle Magazine there.

They do this to inspire the community and to build morale.  This, however, is the first of it’s kind here…an artists-centric, festival-style, celebration with a camp focused on artist growth and showcasing.

The Big Night, is Saturday night, which is the Finale, the awards, the Mayor is a host and we hope to debut the magazine that night with a launch party.

The First Annual BAYANIHAN SA SINING 2019 is on November six(6), severn(7) and eight(8).  It will be hosted at their new Malolos Sports and Convention Center –it’s FREE. There is free food each day for the artists, and I believe registration is free.

The wonderful mayor is seeing The Malolos Artists Unity Fest as a passion project.  And, it is one of the first times in the country, where artists have been endorsed and showcased by the government.  In the Philippines, if you want to be an artists –of any type- you are kind of on your own.  There aren’t any (or many) art institutes, nurture programs for artists, or workshops.  Artists in the Philippines don’t usually get noticed until, they are famous.  So Mayor Bebong is a trailblazer in that regard.

Also, the phrase ‘Bayanihan sa sining…’ means artistic unity, or synergy….being patriotic and symbolizes power in numbers.  So among US Media, we call it The Malolos City Artists Unity Festival…or Unity Fest for short.”

As you said, the country overall, are just beginning to see the value and power within a thriving arts community, now that the new Mayor Bebong, is ushering in a new artists-initiative, to stand-up and be counted, how do you and/or the DOT, Mayor’s Office, plan to help and enhance The Greater Malolos Artists Community?

“I am an artist.  I have been a model, an actor, in the symphony orchestra, in a band –on key boards and now as a writer.  In America, we have tons of support and encouragement.  We have multiple creative arts classes in school –public school.  We have Julliard, even the Boys & Girls Clubs, The YMCA and Alvin Alley.

So for me as well, it is a very exciting time…judging from the engagement, enthusiasm, and sheer appreciation in the room, the artists feel the same way.  I was seated next to, Terance Bon of White Sunday, a local music sensation.   Terrance, has done the theme song –twice!- for former Mayor Natividad, played all over the country, and he’s represented Malolos very well.

Terance, expressed to me the lack of support, promotion and comradery within the Malolos arts community.  This [Bayanihan sa sining] was ‘something very new’ he said, and he was especially excited about a published ‘list’ of the local artists and subsequent promotion of the list within the local tourism industry, as talked about in the forum.

That is where I came up with the idea to include our GROOVES OPM Music section in the Bulacan Lifestyle Magazine Edition, with a showcase of local Malolos musicians, bands and other artists.  My goal is to make their ‘list’ real, tangible…something they could all benefit from and be proud of.  There are also seminars at the Artist Camps planned; such as our Artist Marketing 101, as well as, artists’ promotion and others.

Additionally, companies and business owners, throughout the entire 51 or so barangay neighborhoods, will be encouraged to meet, greet and support local artists throughout the event and its affiliated promotions.  This is a synergistic endeavor…we are open to suggestions and any insights.”

Artists, Sponsors and other inquiries should be directed to The Malolos Department of Tourism.  You may also contact Bulacan Lifestyle Magazine via their Facebook Fan Page:  Facebook.com/BulacanLifestyle.

Kareem Jackson is a multi-award-winning US Media Personality, the US Executive Publisher of The Philippines Magazine International, a Guest Host on Malacanyang Palace’s PCOO Radio One OFW Lifestyle with Tony Salao, Host of Live! On The Set TV and Vlog Show, a US Government Resolution Recipient, Masterpiece Award-Winner and the marketing guru behind SWAG Philippines, Minority Success and Philippines Ink.  Jackson has worked with thousands of entrepreneurs and brands in the Philippines and The United States via his international business development group KA&CO America.  Visit www.KareemAntonio.com to learn more.